Rio Verde is a census-designated place (CDP) in Maricopa County, Arizona, United States. It is a gated, master-planned community. The population was 1,811 at the 2010 census.
The area surrounding the Rio Verde community, northeast of Scottsdale, was settled by small farmers in the 1880s, who grew hay and alfalfa to provide for the nearby Fort McDowell US Army camp (1865-1890) (now the Fort McDowell Yavapai Nation). In the late 1890s, William W. Moore acquired several of the small farm plots on the Verde River, combining them into what became the Box Bar Ranch. After his death in 1929, Moore's sons, Glenn and Lin Moore, operated the Box Bar as a partnership, under the name "Moore Bros Cattle Co.", with grazing leases both east and west of the Verde River. Lin Moore also ran the X2 Ranch, 12 miles (19 km) to the west, where he and his wife, Ada Lucille, had homesteaded in the 1920s. William Moore's father, Ranse B. Moore, had emigrated to Arizona from California in 1883 and ranched for many years on the Reno Ranch, just west of the community of Punkin Center, Arizona.
The "Asher Hills" was named for Frank Asher, who had been Glenn Moore's brother-in-law and William Moore's partner for a time. The granddaughter of Asher's wife Ella, Jacque Mercer, was selected as Miss Arizona and then Miss America in 1949

Each index is a number where a value of 100 represents the national average.

Likewise a value of 50 crime index represents a crime rate that is half the national average.

Our Crime Index values are based primarily on current and historical FBI Uniform Crime Statistics.

How may we help? 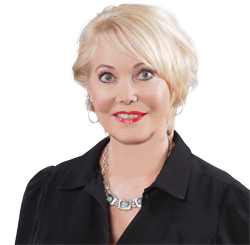